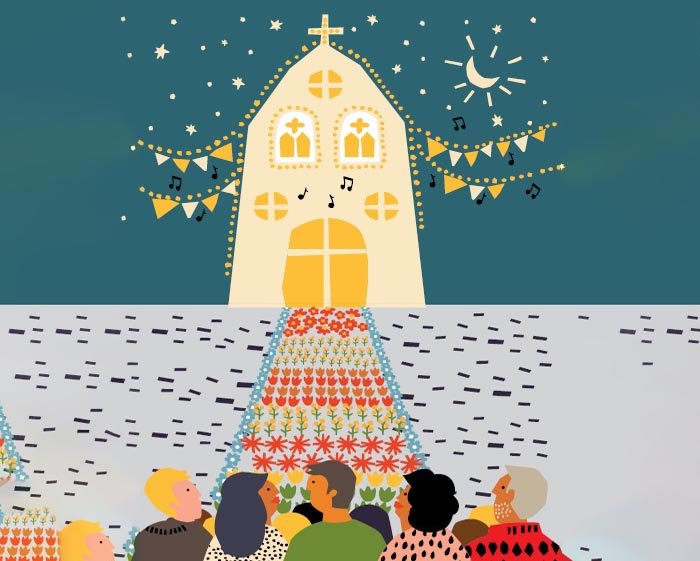 The traditional festivities of Madeira island are a mixture of the religious and the profane with its masses, processions and celebrations around the church.
The traditional “arraiais” happen in the month of August in various parts of the island. It unites thousands of people, along with the Philharmonic and musical bands and even some national and international artists. There are also fireworks, the traditional “espetada” (beef on the skewer), the argumentative singing called “despiques”, traditional drinks such as “poncha” and red wine mixed with a traditional soft drink called “laranjada”, the typical sweet necklaces and so much more. Be sure not to miss one!